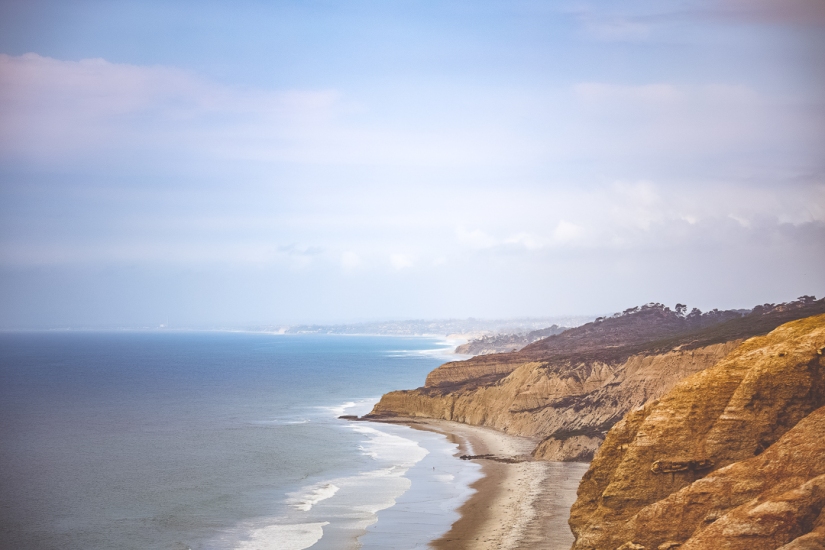 Torrey Pines State Natural Reserve and Black’s Beach, as seen looking north from the cliffs along the gliderport. 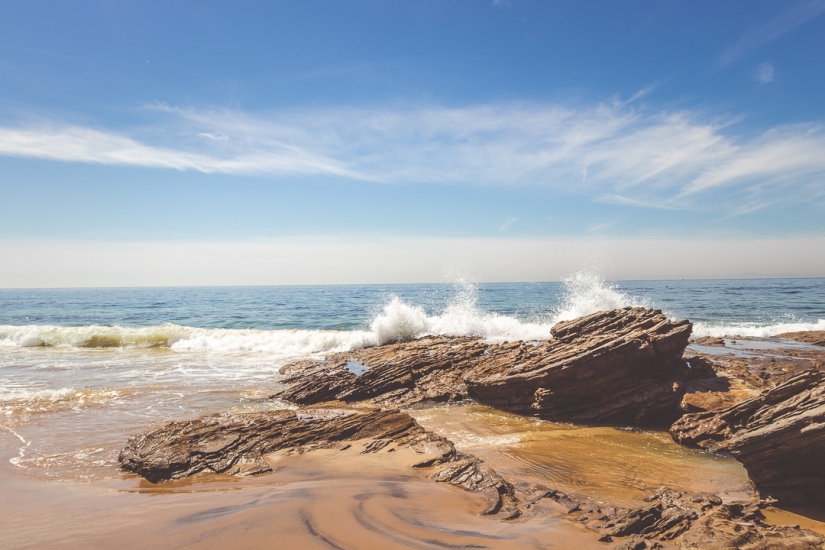 Originally part of the massive Irvine Ranch, Crystal Cove is a hidden beach along Pacific Coast Highway between the towns of Laguna Beach and Corona del Mar in Southern California. As kids growing up in Orange County in the 1960s, we could ride our horses and dirt bikes along the beaches and in the hills above.  The Irvine Ranch cowboys in their Jeeps would look the other way as we raced our motorcycles up and around the steep hillsides with endless views of the ocean, with our promise to stay far away from the cattle grazing nearby. 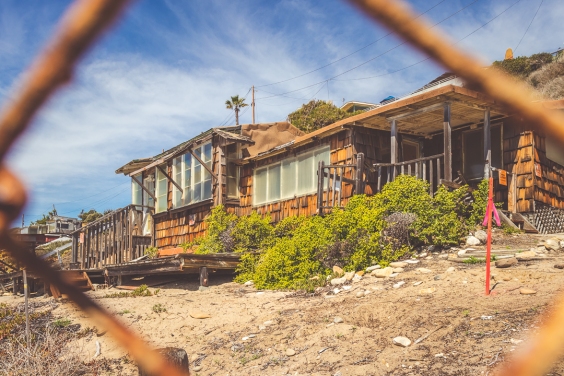 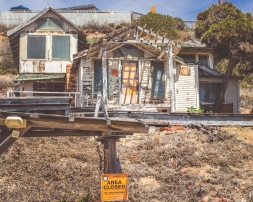 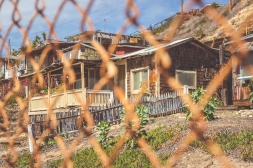 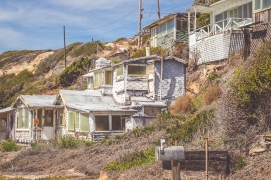 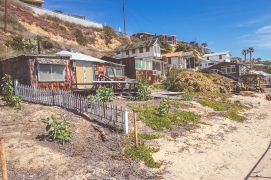 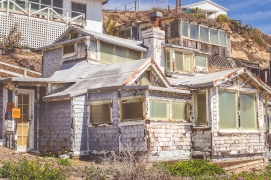 Funding for the restoration of the remaining 17 cottages has been largely secured. Above are some photos taken last summer of a few of the cottages awaiting restoration. We’re looking forward to visiting once again to survey the progress.

We weren’t the first to enjoy the recreational aspects of the area. The human history of Crystal Cove goes back thousands of years beginning with the ancient native Americans who inhabited its productive hillsides and shores.

Fast-forward to the 1920s and 30s, Crystal Cove became a popular summer spot for families who built simple cabins and elaborate tents on land they leased from the Irvine Company. By 1939, the Irvine Company and county officials officially limited the number of new cottages in Crystal Cove.

Through committed community preservation interest and involvement over many years, the area’s unique history, as wells as the cottages, were saved from demolition and redevelopment into a luxury beach resort, preserving Crystal Cove’s heritage and remaining cottages for the public to enjoy.

By 2011, several dozen cottages in the historic district had been restored and made available for overnight rental to the public at affordable rates, not including additional cottages restored for concession, interpretive and administrative uses. 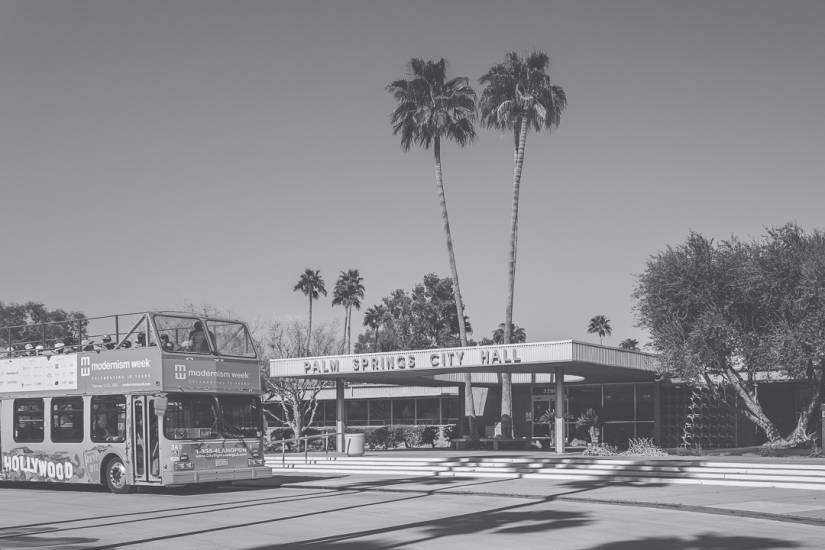 We spent another sunny and warm afternoon in Palm Springs, this time exploring the architectural gems of the desert for Modernism Week 2020.

Our first stop on our extended journey is Palm Springs City Hall, located at 3200 E Tahquitz Canyon Way, just down the street from the Palm Springs International Airport.

Just as I was getting ready to press the shutter, the Modernism Week tour bus pulled up full of modernism aficionados for a brief visit. I thought it made for an interesting shot.

Follow us as we explore more iconic architecture of Palm Springs over the next few weeks.

A “burly” and “buff dude” known only as Sam removed the Sword in the Stone before stunned visitors at Disneyland in a feat legend holds can only be accomplished by the new king. All hail King Samuel the Burly, first of his name, king of Fantasyland, lord of the Magic Kingdoms and protector of… (you know the rest of the story). Read more… 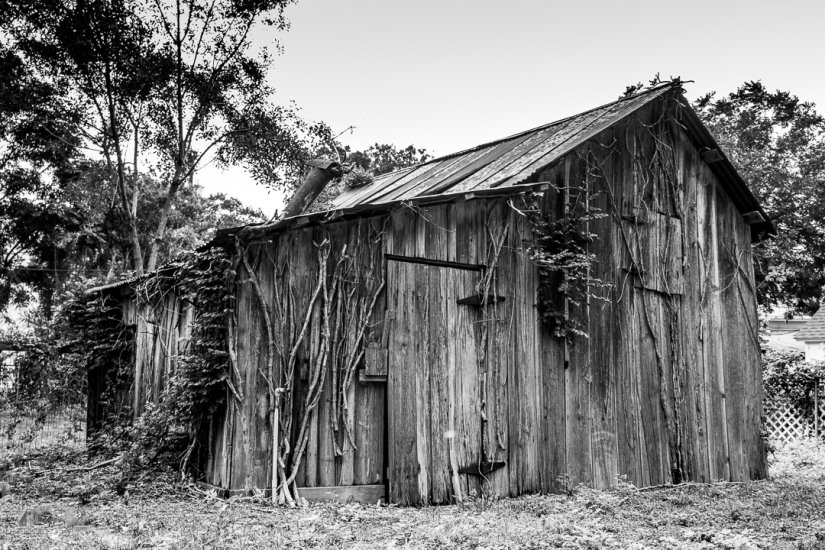 Well-hidden behind a modern office building in a busy suburb just north of Austin, Texas sits this crumbling barn.

It was a Sunday when I stumbled across it while strolling through, so no one could tell me the history, secrets it held, or reasons it survived. Do photographs of old barns qualify as subjects of architectural photography? 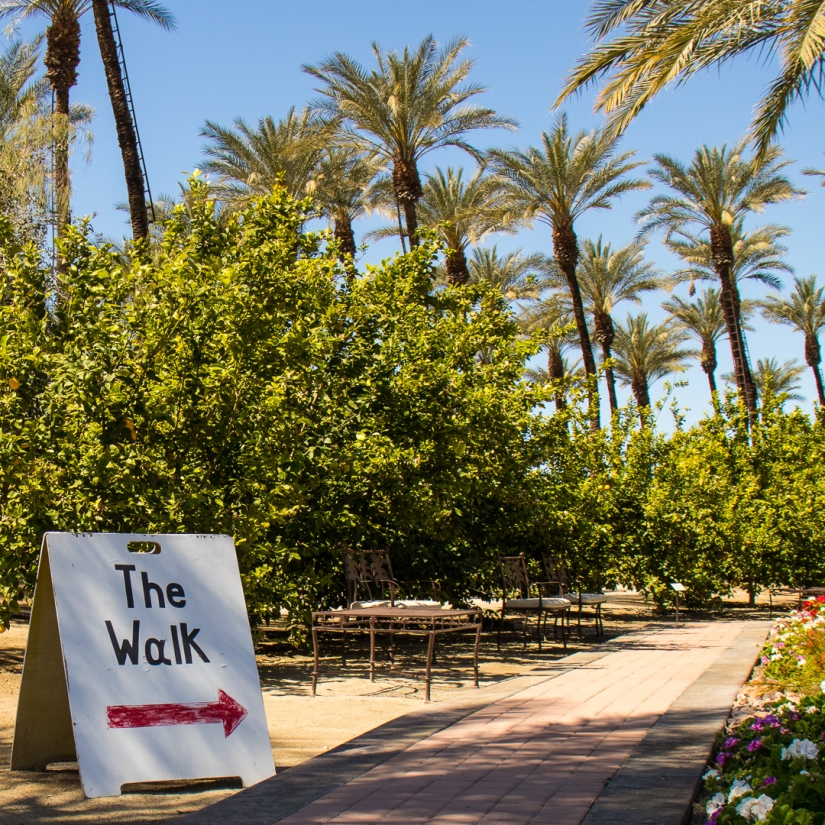 Stop the talk about the walk. It’s time to walk. 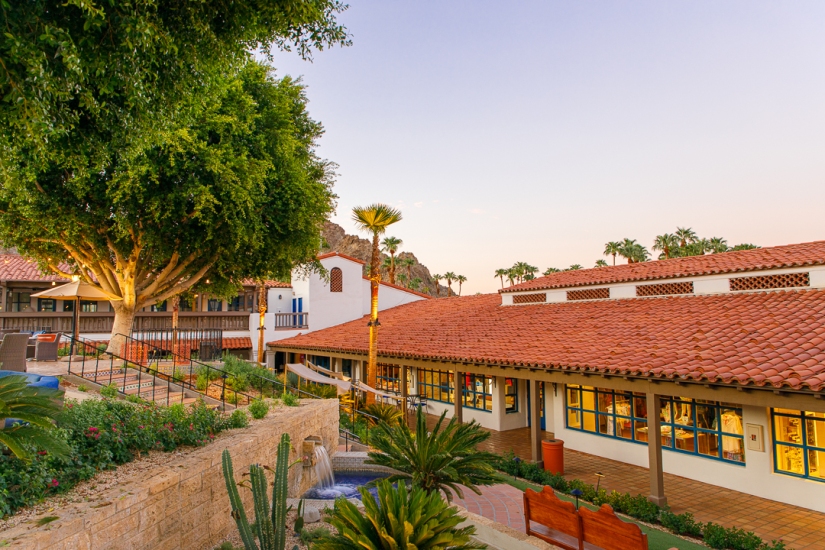 Initially anxious to return to civilization, most of the newcomers grew to love Shangri-La once they learn their arrival was no accident.

The founder of Shangri-La, High Lama, is rumored to be over two hundred years old, kept forever young, like the other residents, by the magical properties of the paradise he created.  Now High Lama needs someone wise and knowledgeable in the ways of the modern world to keep Shangri-La a paradise. 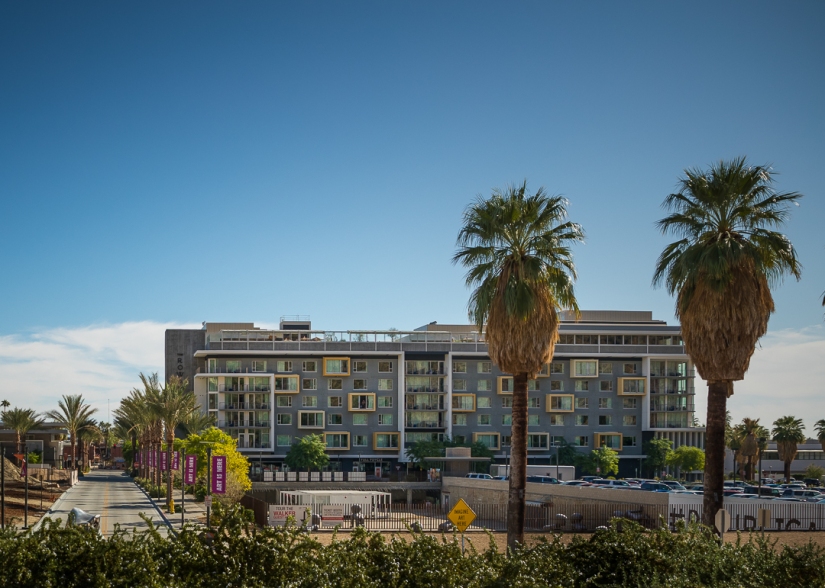 One of Southern California’s top ranked hotels according to Condé Nast Traveler.  The Kimpton Rowan Hotel, as seen from the steps of the Palm Springs Art Museum.

The High Bar sits atop the seven-story gem. 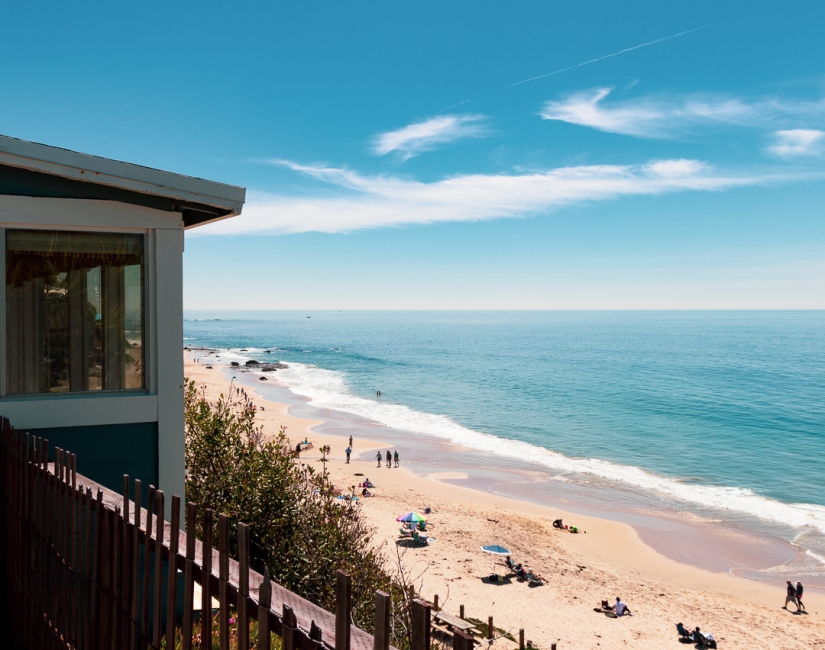 On August 14, 1927 The Los Angeles Examiner wrote, “On the Coast Highway between Balboa and Laguna is a bathing resort that has the atmosphere of a South Sea atoll with thatched huts and long-fronded palms.”

Originally settled over 10,000 years ago by the Tongva and Acjachemen native Americans, Crystal Cove State Park evolved into an enclave of 46 vintage rustic coastal cottages originally built as a seaside colony in the 1930’s & 40’s. 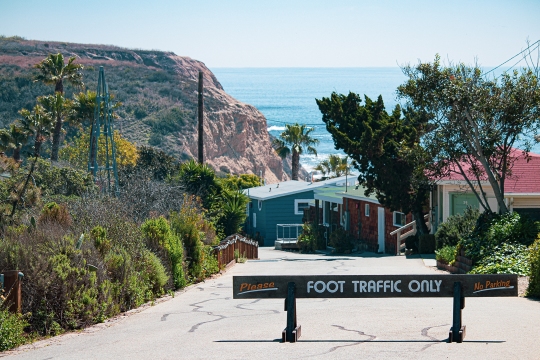 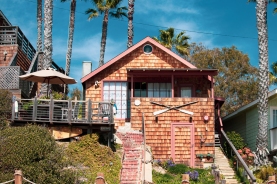 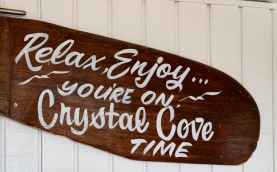 Today, the cottages are designated as a federally Historic District, with several restored and available to rent for an overnight stay.  The park includes 3.2 miles of beach, 2,400 acres of wilderness area with carefully maintained hiking trails and a protected offshore underwater area.

Fullerton College in Southern California features a number of beautiful buildings constructed in the 1930s by the WPA in a classic mission style with details like this mission bell.